Ghana is currently working towards achievement of the Millennium Development Goals. To achieve the targets for the reduction of child mortality, which forms MDG 4, Ghana should reduce underfive deaths per 1,000 live births to 43, and increase measles immunisation to 100 per cent by 2015. In 2012 under-five mortality stood at 72 deaths per 1,000 live births, and measles immunisation at 98 per cent. While progress has been made since 1990, Ghana is unlikely to achieve MDG 4 by 2015.

The global MDG 5 target for maternal health is to reduce the number of women who die in pregnancy and childbirth by threequarters between 1990 and 2015. When applying this target to Ghana, maternal mortality should fall to 145 cases per 100,000 live births. In the period 2007-12 Ghana had a reported maternal mortality ratio of 450 deaths per 100,000 live births (this figure was estimated at 350 deaths per 100,000 by UN agencies/World Bank in 2010). As Ghana’s maternal mortality rate is three times higher than the given target, it is unlikely to achieve MDG 5 by 2015. Part of the goal also stipulates that 100 per cent of births must be attended by a skilled health professional. In the period 2007-11 this figure stood at 68 per cent, so progress towards this target is also currently off track.

The Government of Ghana declared maternal mortality a national emergency in 2008, developing the MDG Acceleration Framework
– Ghana Action Plan with the aim of improving maternal health with the level of urgency required. The Implementation of the Ghana Shared Growth and Development Agenda 2010-13 Annual Progress Report 2012 recommended that, in order to make good progress towards achievement of the MDGs, Ghana should scale up the delivery of safe motherhood and child survival interventions.
The report also suggested that the National Health Insurance Scheme should be expanded to better target the poor and other marginalised people. Similarly, it recommended that the commitment to the treatment and prevention of HIV/AIDS be renewed, with extra focus being placed on groups that are most at risk. The Malaria Control Programme also needs to be strengthened in order to accommodate increasing net use by mothers and infants.

MDG 6 aims for a reduction in the prevalence of HIV, malaria and other diseases. While Ghana’s HIV prevalence for the 15-49 age group has fallen since 2002, further progress is required to equal the HIV prevalence levels of 1990. The mortality arising as a result of malaria is still not showing a significant and sustained decline.
The general decline in incidences of and mortality (when mortality data excludes cases co-morbid with HIV) from TB is encouraging.

Some progress in these areas is required if the country is to achieve MDG 6.
The Ghana AIDS Commission, which is largely supported by the Global Fund to Fight AIDS, Tuberculosis and Malaria as well as international donor agencies, has stated that the Eurozone crisis has badly affected its funding. If this lack of funding continues, the government may have to provide substitute funding to prevent the situation from worsening. Malaria is seen as a leading cause of death for pregnant women and children under five, and there has been a decrease in the number of insecticide-treated nets used by vulnerable groups – the rate of net use by children under five dropped from 55.3 per cent in 2007 to 40.5 per cent in 2008, while use by pregnant women fell from 52.5 per cent in 2007 to 30.2 per cent in 2008. The government has identified no discernible reason for the drop. 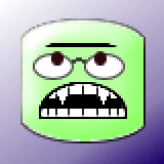 Article by admin
Next Story
Challenge of education in Ghana